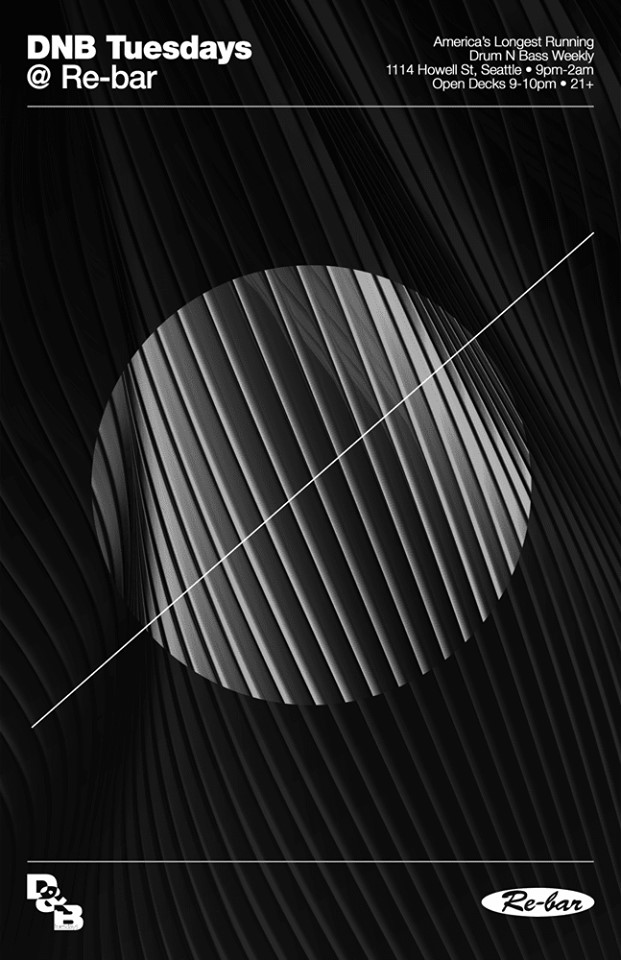 DNB Tuesdays: Bringing you over 19 dedicated years of Drum and Bass artists, and local talent in Seattle!

Cyantific (Hospital // Viper): Cyantific AKA Jon Stanley, has been at the forefront of drum and bass for over a decade. Known for devotion to his decks, pinpoint accuracy in the mix and his ability to construct dance floor anthems has seen Cyantific DJ around the globe. In 2006, Cyantific released his debut album, ‘Ghetto Blaster’ on Hospital Records, and went onto win the BBC 1Xtra Best Newcomer DJ award in 2007. Releases followed on legendary labels like Critical and Ram. In 2010, CYN Music was established where his skills both as a talent selector and solo producer shone through. In December 2014, Cyantific signed exclusively with Viper Recordings, and made his debut with ‘Bring You Love’, followed by his #1 single ‘High Water Mark’, alongside his remix of Brookes Brothers – ‘Anthem’ which was selected on BBC 1Xtra‘s “A” playlist. In addition to that he has done official remixes for two UK Top 10 hits with Mike Mago & Dragonette’s ‘Outlines’ & Dr Kucho! & Gregor Salt‘s ‘Cant Stop Playing’ (Makes Me High).