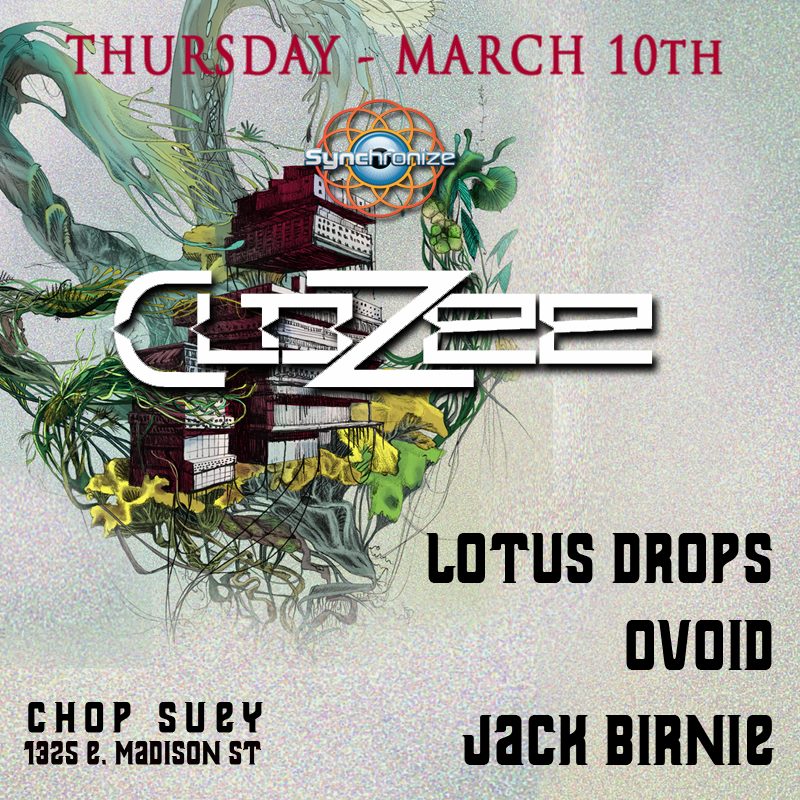 Synchronize is proud to present a new & fresh taste to your musical tastebuds! Your positive vibes and glowing spirits are requested, join us for…. THE REVOLUTION TOUR, featuring:

Hailing from Toulouse, CloZee is Chloé, a young music producer who seamlessly combines technical precision with a wild imagination. An accomplished instrumentalist, she began playing the classical guitar at 11. Influenced by edIT, Bonobo, The Widdler and Amon Tobin, she started producing electronic music at the age of 16. In 2014, she won the ‘Best International Newcomer of 2013’ at the UK Glitch-Hop Award. Her tracks defy genres, oscillating between Glitch-Hop, Glitchstep, Trip-Hop, and World Bass. She created her own place in the glitch community, thanks to a unique, highly surprising style, mixing powerful basslines, funky off beat percussion and emotional cinematic sounds. A musical identity which led her to play in the USA (including the festival Coachella in California), Canada, India, Berlin, and more than 25 cities in France, alongside artists like Bonobo, Gramatik, Chet Faker, 12th Planet, Zomboy, TOKiMONSTA, EZ3kiel, Tipper, Phutureprimitive, Stwo, Tha Trickaz, Big Gigantic, GRiZ…

Links & More Information:
Purchase presale tickets online
Facebook event page
ENTER TO WIN A PAIR OF TICKETS TO THIS SHOW! (you can also enter below)

ENTER TO WIN A PAIR OF TICKETS TO THIS SHOW: