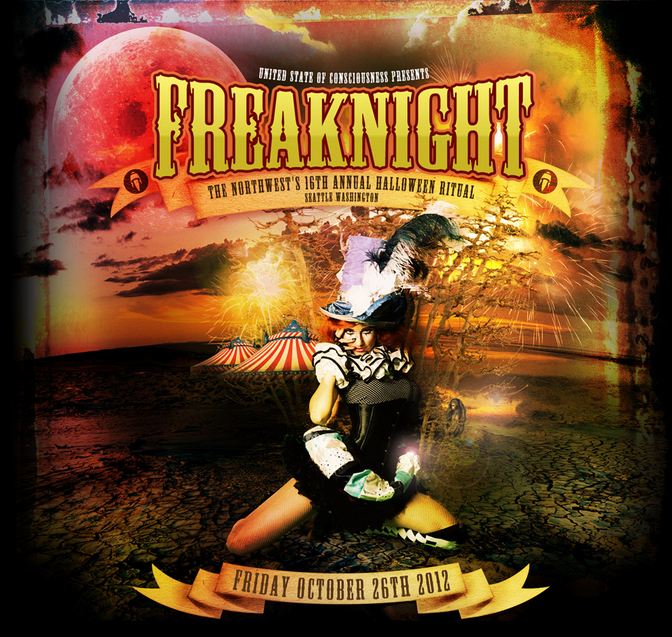 Freaknight 2012 will be held on Friday October 26th, 2012 at the WaMu Theater.  Rumored headliners include , Alesso, , Crizzly, and Feed Me.  Stay tuned to this page for the latest updates and see you in October!

Tickets:  Online Tickets for FreakNight are officially sold out as of 10/3/2012.  Note that the capacity for Freaknight 2012 has been raised from ~16 thousand in 2011 to ~22 thousand in 2012.  The maximum capacity of the WaMu Theater is ~24 thousand, no word on whether additional tickets will be released or not.

Remember to stay up to date on upcoming electronic dance music events in the Seattle area by following the EmeraldCityEDM Events Calendar!