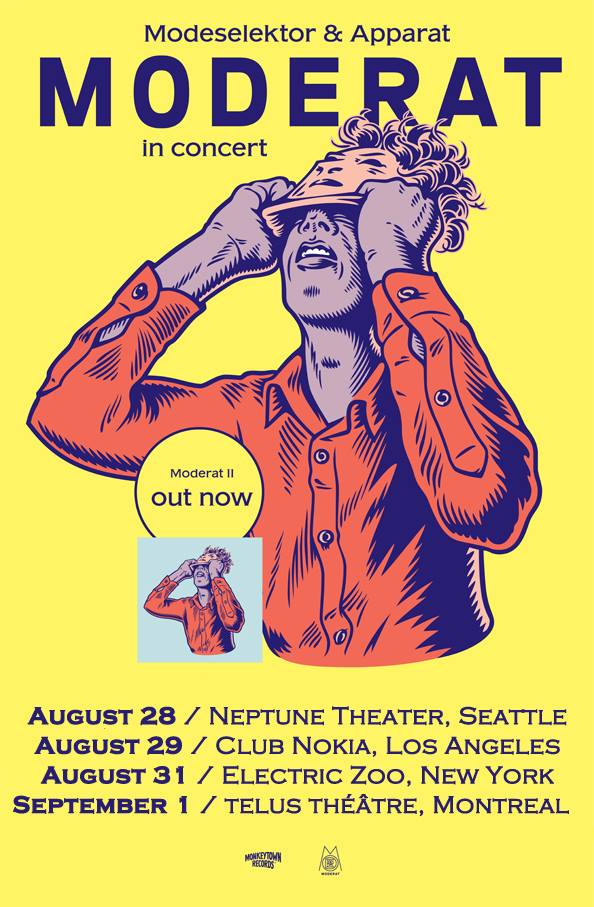 STG presents Moderat at the Neptune Theatre on August 28th.  TODAY is the last day to enter to win a pair of tickets courtesy of STG Presents!  Moderat is online at Resident Advisor and Facebook and their latest DJ set is available to stream online at ClashMusic.

Giveaway – Win two tickets to Moderat at the Neptune:

Share this photo on Facebook from the EmeraldCityEDM Facebook Page or complete the following form for your chance to win two tickets to Moderat at the Neptune Theatre on August 28th (tickets courtesy of STG Presents). 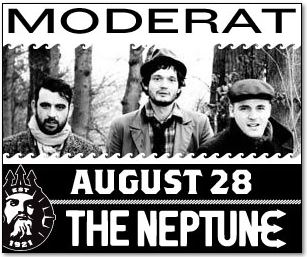 About Moderat:  Moderat are Modeselektor and Apparat.  Hardly anybody has brought electronic music from Berlin to the farthest flung corners of the world with more passion and enthusiasm than these two heavyweights. Modeselektor – Gernot Bronsert and Sebastian Szary – are bass music heroes. Together with a veritable army of collaborators, guest artists and with their two labels Monkeytown and 50 Weapons, they have built a broad network. They assimilate and process the tiniest vibrations in the global bass continuum and at the same time, their wobbly salvos and their oblique sense of humour are unmistakable. They became known to a select audience through their records on BPitch Control with which they catapulted themselves out of the Berlin 4/4 cosmos, whilst simultaneously reflecting the raw and full-on spirit of the 1990s Berlin club scene.

Apparat (real name: Sascha Ring) could hardly be more opposite. He fuses tricky electronics with heartfelt and auspicious pop. Together with T.Raumschmiere, he founded Shitkatapult. From early on, Apparat realised that the LP was his preferred form of expression. With each album, he reinvented himself on a personal, stylistic and social level: gradually bringing ever more strata of his emotional persona to light, exploring previously unknown musical styles and involving guest musicians in the process.  In 2002, Sascha, Gernot and Sebastian met for the first time. At that point in time, Apparat and Modeselektor were well established in the Berlin music scene. Sascha had already released his debut album and Gernot and Sebastian, a series of 12”s. Their shared studio time wore them down to such an extent, that they were forced to shelve the project almost immediately. But the foundations were laid and the three of them were able to present the fruits of their labour: the “Auf Kosten der Gesundheit” EP. Eleven years later, one still can have a sense of the sparks that must have flown in the studio: complex beats wrestling with furious bass and reduced rap elements.

With Monkeytown and 50 Weapons, Modeselektor created a highly potent label empire, which unites the music scene’s old heroes with crazy bass kids. The two of them have curated a whole stage at the Melt! Festival a number of times and have released their third album. Apparat travelled the world with the freshly re-formed Apparat Band. He relinquished his position as auteur for the first time by becoming part of a theatre performance and in the album that resulted, released the raw and mostly unedited sessions.

Now, twelve years after their first meeting, Modeselektor and Apparat have come together once again: more mature, but not worldly-wise, wiser but not unquestioning, more experienced but without having sacrificed any of their pioneer spirit. It will be interesting to see what the trio have come up with this time. 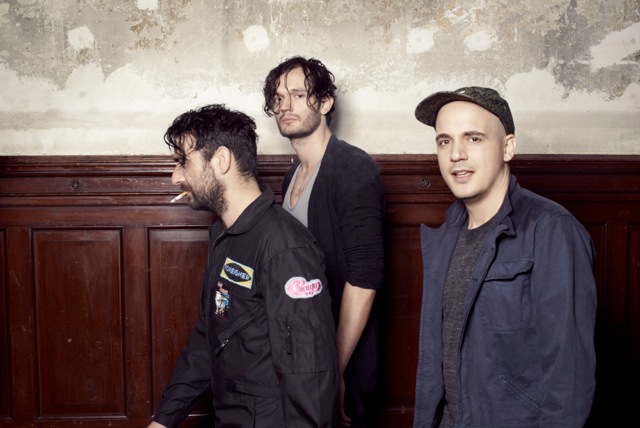