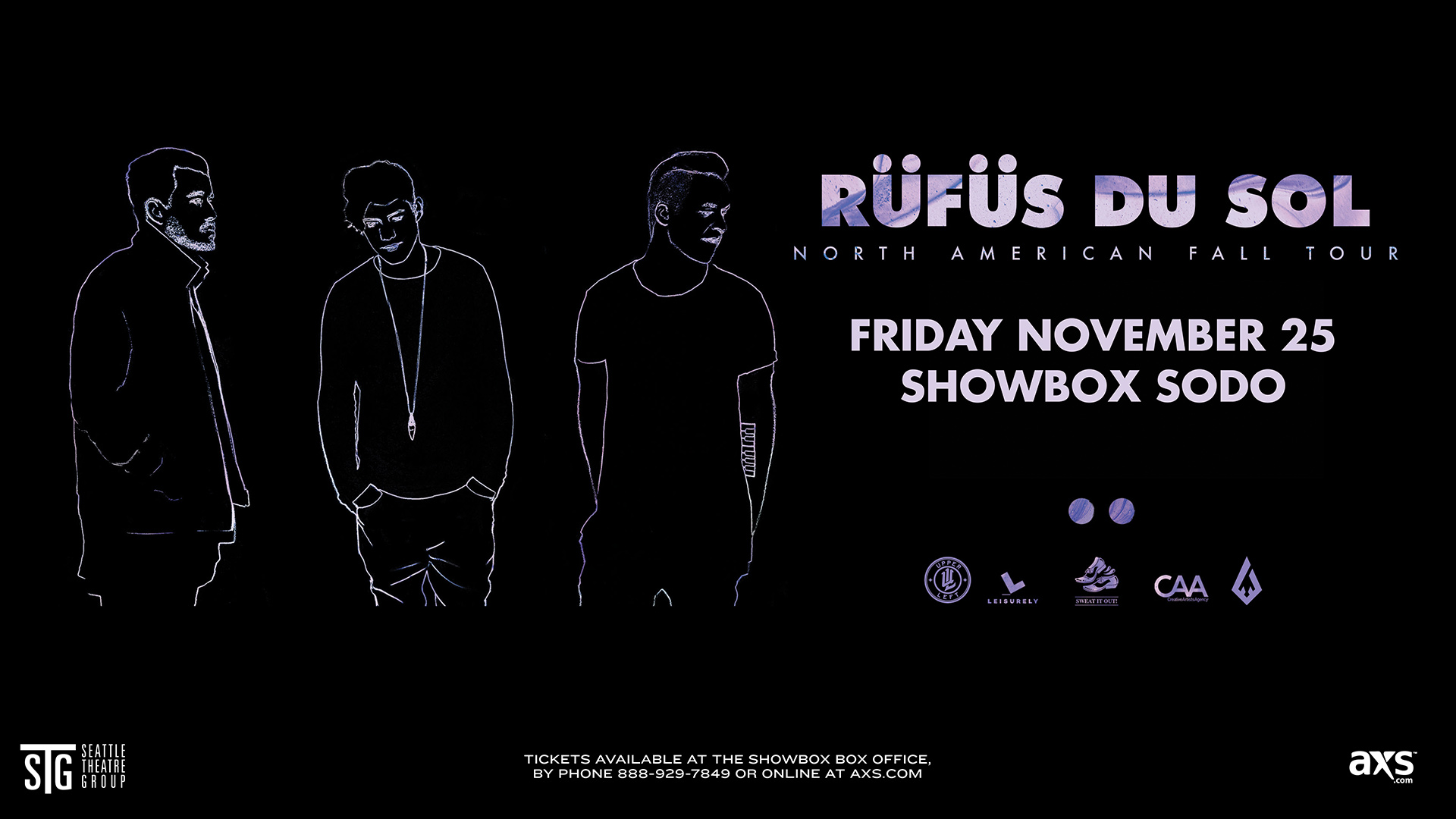 A lot can change in two years, and for a band selling out shows in places they’d never visited two years ago, a lot certainly has changed. What hasn’t changed for Rüfüs Du Sol is a unique approach to their song writing that has seen them gather an ever increasing swathe of fans all over the world. Two years after their platinum selling debut album, Rüfüs Du Sol return with their follow up record, Bloom, and as the title would suggest, the band have blossomed into the tour-de-force that Atlas hinted at. Bloom picks up right where Altas, left off, it’s dreamy vocals, moody synths and driving kicks. This time delivered with the confidence of a band who understand their place in the world; as musicians and as people. There is a maturity in Jon, James and Tyrone’s production work that comes from spending two years on the road testing new songs. They’ve figured out what works and more importantly, why. Written between Sydney and Berlin, Bloom, is the product of isolation and saturation. The songwriters either being alone and away from friends and family, or at home soaked in familiarity. The only constant in the writing process was the three songwriters spending each day writing with the goal of creating a feeling. They start each project with an idea of a feeling, a setting, a location or a scene in their minds, and try to soundtrack that moment. Hunt says, “We were writing feelings more than songs. We were ready to cut a lot of the parts or elements to make sure there was this sense of exercising restraint, you don’t want everything to sound big. If something goes down to almost nothing it makes the high points sound 20 times higher. And if you over-think something it can kill the spark sometimes.”

While making the album the trio found themselves dipping other mediums, filling their screen savers with underwater photography of animals. “That inspired the production, in some abstract way,” Hunt says. “You get that feeling of floating underwater, the way water is darker the deeper you get.” A bit of aqua-Googling later, they fell down an online sinkhole that told them a group of jellyfish is called a ‘bloom’ – and the trio found their album title. “The double meaning for Bloom felt perfect, things that can grow and flourish and open up over time,” Hunt says. As the release of Bloom approaches it feels as if Rüfüs Du Sol have already broken the shackles of 2nd album syndrome. Early single You Were Right, is already certified Gold in their home country and has just won the ARIA award (Australian Grammy) for Best Dance Release. While the 3rd offering Innerbloom, at 9 minutes 38 seconds, is an ode to everything the band love about dance music and everything Bloom means to them, Lindqvist explains; “For us personally, we were each drawn to electronic music because of the euphoric nature of it. At its core, it brings people together to dance. I’m sure I’m not the first person to say this, but our favourite artists are our favourite because we’ve shared moments listening to them with friends or family that you can’t recreate. Moments that stay with you. We really wanted to create those moments for other people with the songs from Bloom. Innerbloom is probably the most personal song we’ve ever written in terms of where we are at as people. Hopefully, it can create for other people, some of the moments we’ve shared with each other and friends listening to our favorite songs……” Using layered synths, drums and warm vocals, Jon, James and Tyrone have built a soundscape and aesthetic that is instantly familiar, yet distinctly their own.