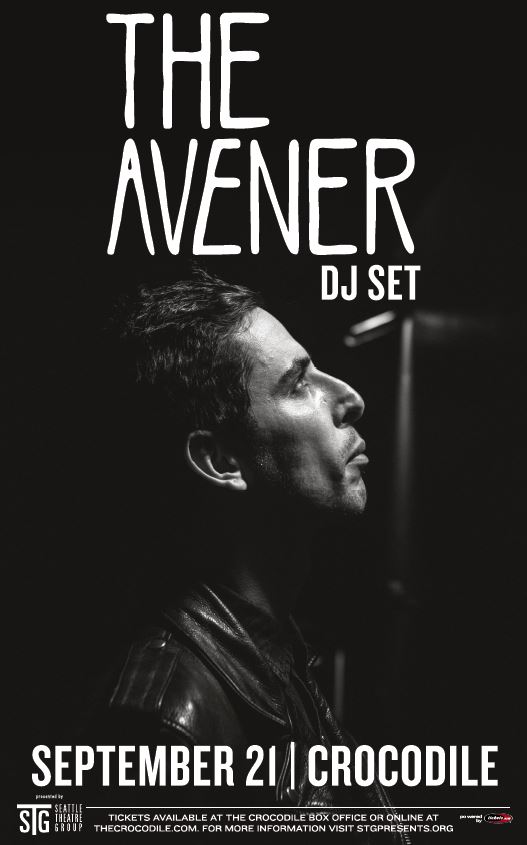 TICKET GIVEAWAY: The Avener at the Crocodile

STG Presents The Avener at The Crocodile in Seattle on Monday, September 21, 2015.

Enter to win a pair of tickets to this show:

Listen to Fade Out Lines:

Listen to the latest podcast from The Avener:

About the Avener: It came as quite a shock when The Avener’s Fade Out Lines rocketed to number 1 in the German iTunes charts. It had been a long time indeed since a French artist had achieved that kind of success in Germany, especially with such a startling single. The triumph of Fade Out Lines opened a door onto a unique and yet instantly familiar world. Its irresistible, sophisticated rhythms conjured up a dual image of lovers ending up on the quays of the Seine at daybreak, and of an urban club funk beat.

Since then, the single’s phenomenal success has proved contagious, confirming The Avener’s prime intention: to travel the frontiers between genres, periods and styles; between the music we listen to and the music we dance to; between underground and high-end pop. As The Avener says himself: “Fade Out Lines is hard to define. It’s blues with jazz, folk and funk influences, and electronic instruments. It has feelings, emotion and nostalgia, but a lot of energy, too.”

It perfectly reflects his upcoming album, The Wanderings Of The Avener, a sophisticated electro manifesto in the spirit of St Germain and his Boulevard’s nu-jazz sampling, reconciling the styles of Moby and Wankelmut, King Britt and Cassius… The ghost producer of many club hits, Tristan became The Avener when he decided to re-embrace the pleasure of music for its own sake, his early love of piano and melodies, his rich, eclectic, multilayered musical culture and deep house – an antidote to the mechanical chill that has crept into electro over the last few years.

Tristan shut himself away in the studio for months. “I began to rework old tracks that went unnoticed at the time, giving them a more modern feel…” He was determined to achieve a perfect balance: a mixture of acoustic and electro combining songwriting science with the intuition of a dance-floor specialist. And while The Avener wrote his own music, The Avener also covered Sixto Rodriguez, John Lee Hooker, Mazzy Star, The Be Good Tanyas, Andy Bey and Adam Cohen in a mosaic of seminal blues, underground folk, nocturnal pop, ironic rock and the work of forgotten artists from the 70s and 80s, exploring secret paths of memory. His sampling of Phoebe Killdeer & the Short Straws’ The Fade Out Line, a foretaste of the album, was quietly uploaded in summer 2013. It steadily gathered momentum by word of mouth in France before going massive in Germany and then all around the world.

The Avener’s delicate, radiant style has been welcomed as a So French Touch of Elegance and acclaimed as the missing link between harmonic emotion and the urge to dance worldwide. Confirmation of this triumph looks certain with the release of his first album, The Wanderings of the Avener, out on this past January 2015.