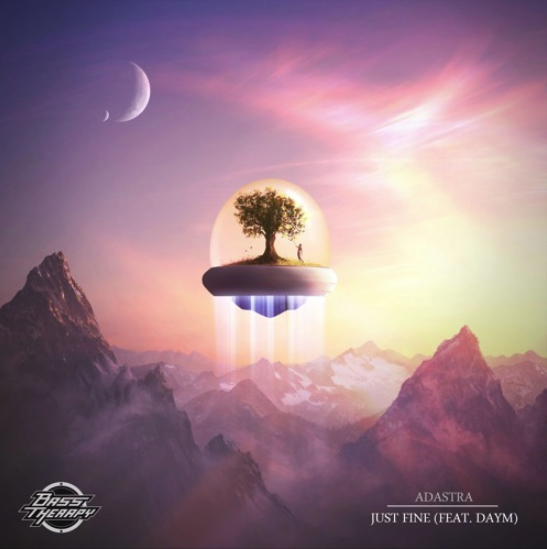 Today’s featured local music comes from Adastra, or Brian S based in Seattle! “Just Fine” is available now on most major music platforms.

We absolutely love the track, from the vocals to the melodies to the chords, so we asked Adastra to tell us more about it!

This song has been in the making for such a long time. I started this project over a year ago, but could not finish it because I did not know any songwriters/vocalists, and I could not manage to write any lyrics for it myself. Finding Daym was exactly what I needed, and what the song needed. The production is relatively simple, but I believe that makes the message and emotion even more clear. I wrote it to be sort of an emotional, EDM-pop crossover that you can blast in the car or vibe to out in the summer sun.

Just Fine is also special to me because of all the local artistry involved in this song. Myself, Daym, and the Bass Therapy label are all Seattle-based, and even my amazing graphic artist is in Portland (shoutout @EvanDalen, go check out his amazing artwork).

How did you link up with Daym? His voice is great, is he a local?

I love his voice! Yes he is a local, and Seattle native I believe. It’s an interesting story how I found him: Daym sings on several tracks for Bellingham based artist, Fluencie, who I connected with online. I had Fluencie come play at my EMP Collective stage for the LOVE 2018 show at Virtual Sports this last February. He brought Daym with him to perform some songs, and that’s where I got to meet him. He seemed like a great/friendly person, I loved his voice, and he said he was more than happy to work together. And now here we are!

I see that it has been a while since you put out your last release – is there a reason for the time gap? (Or are you just no longer using Soundcloud?)

I’ve just been very busy the last year with a lot of new things. Also, I put a lot of time and thought into preparing for my live sets so playing a new show almost every other week ate up a lot of producing time. I spent a good bit of time producing a soundtrack for an indie sci-fi video game. That game has since fallen through, so I suppose I might finish up a few of them and release them as an EP.

Have any more music to be released this summer?

Not yet, but I plan to change that soon! 😉 I have a couple really cool remixes in the works that I want to finish up and release this summer. There might be an EP of music from the video game soundtrack I mentioned earlier. I plan to have another handful of songs completed and released in 2018, but those are still very much in the works.

What is your next show?

I will be headlining my first show on Wednesday June 27th at Stage for their new EDM Wednesday night! It’s going to be a really great 18+ show, just like the old Volume days.

What does Adastra mean?

I decided I really wanted to pursue producing and DJing, and needed help deciding on a name. My fiancé suggested the name Adastra, as a condensed version of “Ad Astra”, which is Latin for “to the stars”. She knew about that translation because she had written a sci-fi novel for NaNoWriMo, a challenge where you try to write a novel in a month. Needing something to name a spaceship, she did some research and that’s the name she came up with. I thought it was a great idea for an artist name, and the rest is history!

Tell us more about the EMP collective:

I co-founded a club at the University of Washington about a year and a half ago, called Electronic Music Producers (EMP) at UW. Basically, we meet weekly to share projects, get feedback, talk about producing techniques, and just hang out with cool people who love electronic music. Since then, we have opened our doors beyond UW, and hold public production seminars from time to time (previously with artists Super Square, Jake Crocker, and Aychen).

Honestly, this last year has been such a dream come true for myself as an artist. Spring 2017 I had no prospects for DJing in Seattle, let alone releasing on a Seattle label and getting support from so many local groups I look up to, including this website ♥ I have definitely been pursuing this for a while now, and it’s been amazing seeing all the progress I have been able to make in the last year.

I owe a lot to my Bass Therapy family, especially Jake and Jay, the people over at Foundation, and my friends in the EMP Collective at UW. Thank you to everyone who takes the time to listen to my music, go to my shows, and share my posts. I could not do this without you.