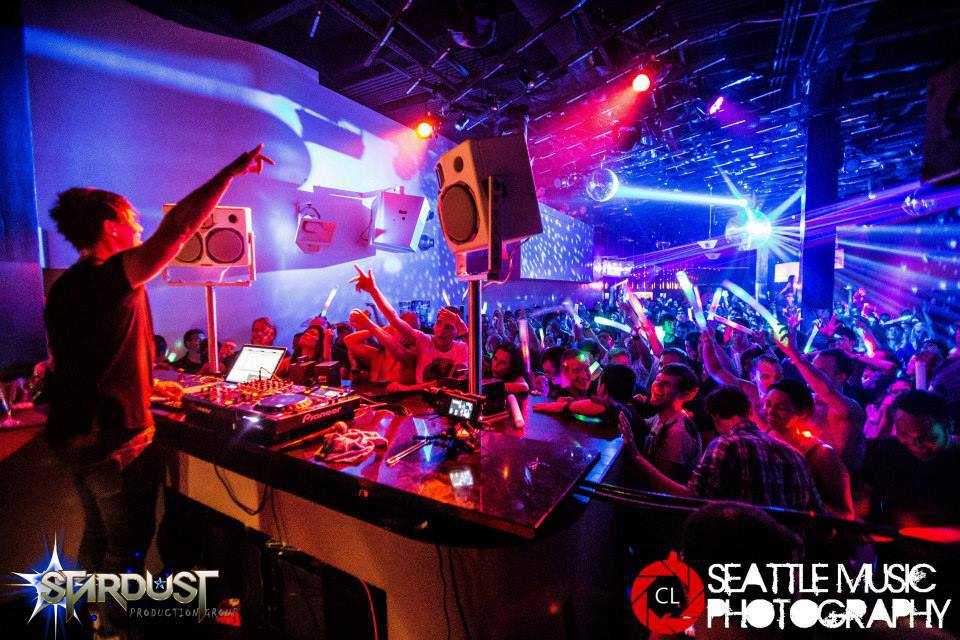 How amazing was BT at Q Nightclub last weekend?  First announced by EmeraldCityEDM in March, the night finally arrived where the legend himself treated Seattle to a two part set from approximately 12am to 4am!  The night started out quite crowded, but of course a packed house was to be expected with a sold out crowd. While the main dance floor was quite packed, the unique layout of Q Nightclub allowed patrons to explore various bar areas, nooks and crannies; with the front bar allowing you to get within a few feet of the man himself.  As the night progressed, the crowds dissipated and it was time for the afterhours encore set.  After a fairly quick switch from the original club crowd to the 18+ afterhours crowd, BT was back on and throwing it down – that afterhours set: what a treat!

About the event, Jimmy Geagea of Stardust Events stated:  “BT was one of the best shows we ever had, the crowd was so energetic and intense that you could totally feel this strong connection between them and the artist. BT enjoyed every single bit of it, and the sound system at Q was just a beast that Brian kept talking about and probably still is. I’m pretty excited to have more events at Q and we shall meet there again in August.”  Thank you to Jimmy for bringing this unique and intimate event to Seattle!

BT:
About the show, BT had nothing but positive things to say about the venue, crowd and event:

Dear #Seattle last night was one of my favorite shows of my entire life. You guys were magical, that sound system was insane. Magic happened

Via Facebook:  “Seattle, This night was one for the books. Hope to be back soon!”