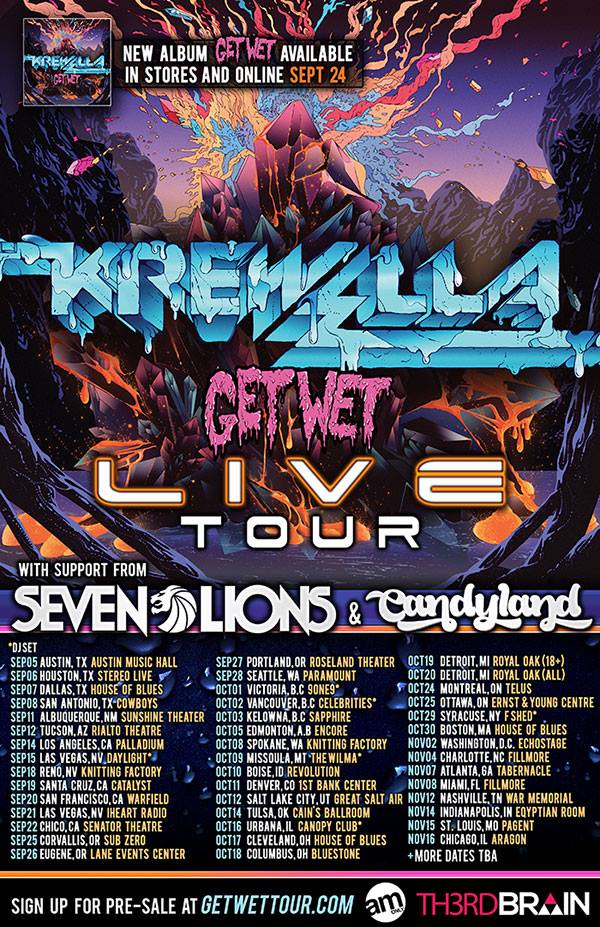 Krewella: GET WET LIVE tour at the Paramount!

Krewella will be bringing the GET WET LIVE tour to Seattle at the Paramount Theatre on Saturday, September 28, 2013!   Support will include Seven Lions or Candyland, and the tour will feature a brand new “super structure” called the Volcano.

KREWELLA will take their explosive live show that features live vocals by Jahan and Yasmine and a brand new super structure called THE VOLCANO to over 50 clubs across North America.  Prior to the GET WET LIVE tour, KREWELLA will appear at the VELD Festival in Toronto and Electric Zoo in New York City, among other shows.  Tickets for the majority of dates on the GET WET LIVE tour go on sale Wednesday, July 24  -c/o MSO PR.

Tickets will be available for an early bird fan presale starting at 10am PST on July 24, 2013. Register online at getwettour.com to be emailed an exclusive access code to purchase fan club presale tickets, register by July 23rd.   Tickets will also be available at a later time via the Paramount.

Note that this tour date is during the same weekend as this year’s Decibel Festival. EmeraldCityEDM inquired as to whether this show is presented as a part of Decibel. and it is NOT. Decibel stated that “Decibel is not hosting any events at the Paramount this year. This event is not part of dB“.