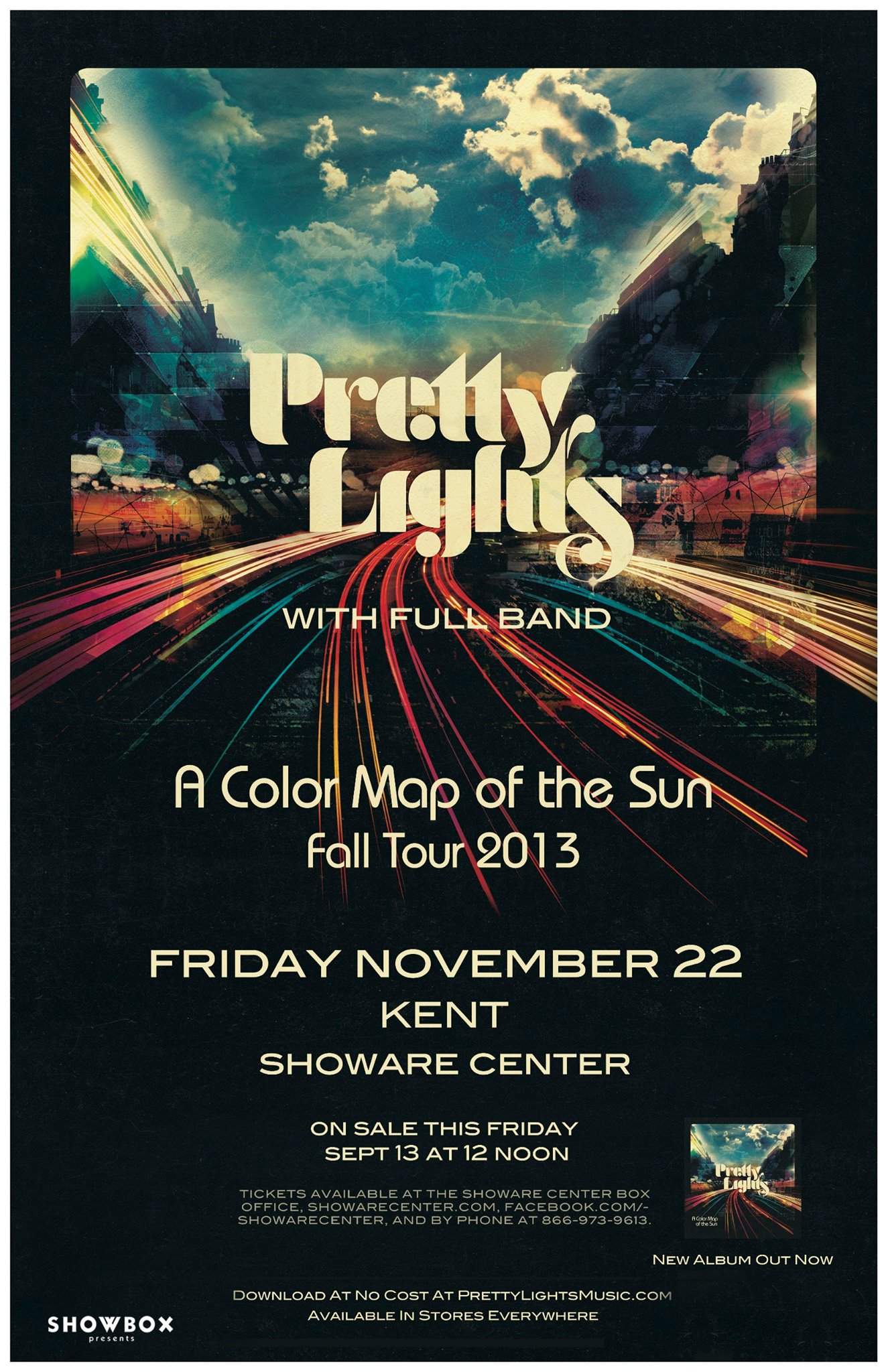 Support & Capacity Update:
–Odesza will be opening for the Kent show! See what the PNW based duo has to say about the Analog Future Tour, their latest releases & what’s next at “Odesza: The EmeraldCityEDM Interview“.
-EmeraldCityEDM has confirmed with the ShoWare center that only the first 3,000 GA ticket holders will be allowed on the main floor due to capacity restrictions.  Plan to arrive early if you want to be on the main floor.

Win a meet & greet with Derek (Pretty Lights) at the Kent/Seattle show!

First announced by EmeraldCityEDM in July 2013, the Analog Future Tour (also referred to as the Color Map of the Sun Tour) will be at the ShoWare Center in Kent, Washington on November 22nd, 2013.   Tickets are available to purchase online now via the ShoWare Center.

The supporting act for the Kent/Seattle show will be local Seattle duo Odesza!  See what the PNW based duo has to say about the Analog Future Tour, their latest releases & what’s next at “Odesza: The EmeraldCityEDM Interview“.

About the tour, Derek Vincent Smith (Pretty Lights) stated “My dream has come true. I will be hitting the road for my 2013 fall tour with a FULL, AWESOME LIVE BAND! We will be fusing new, hot production with the live band’s gritty old school hip-hop soul break styles in a way that production and a live band have never been heard together before. The musicians that have come together for this manifestation of Pretty Lights are brilliant and so insanely talented. My world has grown from computers and live production to a full analog sound sculpting, band dubbing, bass playing, looping, synth and sample playing modular command center. It is so much fun. The Pretty Lights show has evolved, drastically. Red Rocks in August was the first live band show and we’ve been rehearsing ever since. Without a doubt, I am more excited than I have ever been to take the PL show on the road.”

Get a glimpse of the 2013 Analog Future Tour with this recap video from the live band debut at Red Rocks in August, featuring a new track, “Give Your Love Away:

Stay up to date on upcoming public electronic dance music events in the Seattle area by following the EmeraldCityEDM Events Calendar.