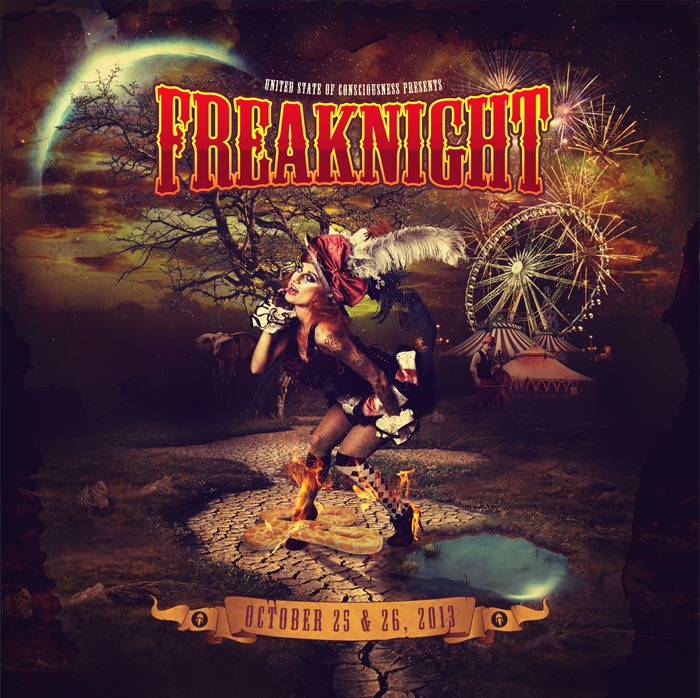 Safety:  No deaths were reported by news media outlets.  13 people were transported to the hospital on Friday and 20 on Saturday, for medical assistance required primarily as a result of dehydration.

Great job to everyone who attended or helped produce this year’s Freaknight, no serious injuries have been reported! Thank you to USC Events for another amazing event.

Arrests & Undercover Agents:  Great job to USC Events as well for providing private security leading to a reduced number of arrests:  “Detectives arrested more than a dozen people for drug sales during the two-day event, including a 17-year-old girl carrying 225 crystal meth capsules and 36 MDMA (or “Molly”) pills, the Seattle Police Department reported.  The increased security actually kept detectives from making even more arrests, says SPD Sgt. Sean Whitcomb.  “The staff security was fairly vigilant and interrupted some of our transactions,” he says.” ”

Photos:  The Usnaps photobooth Freaknight pictures are online at the USC Events website.  Stay tuned to the EmeraldCityEDM Freaknight 2013 page for links to all Freaknight photo galleries.  Gallery links will be posted to the page once they are online.