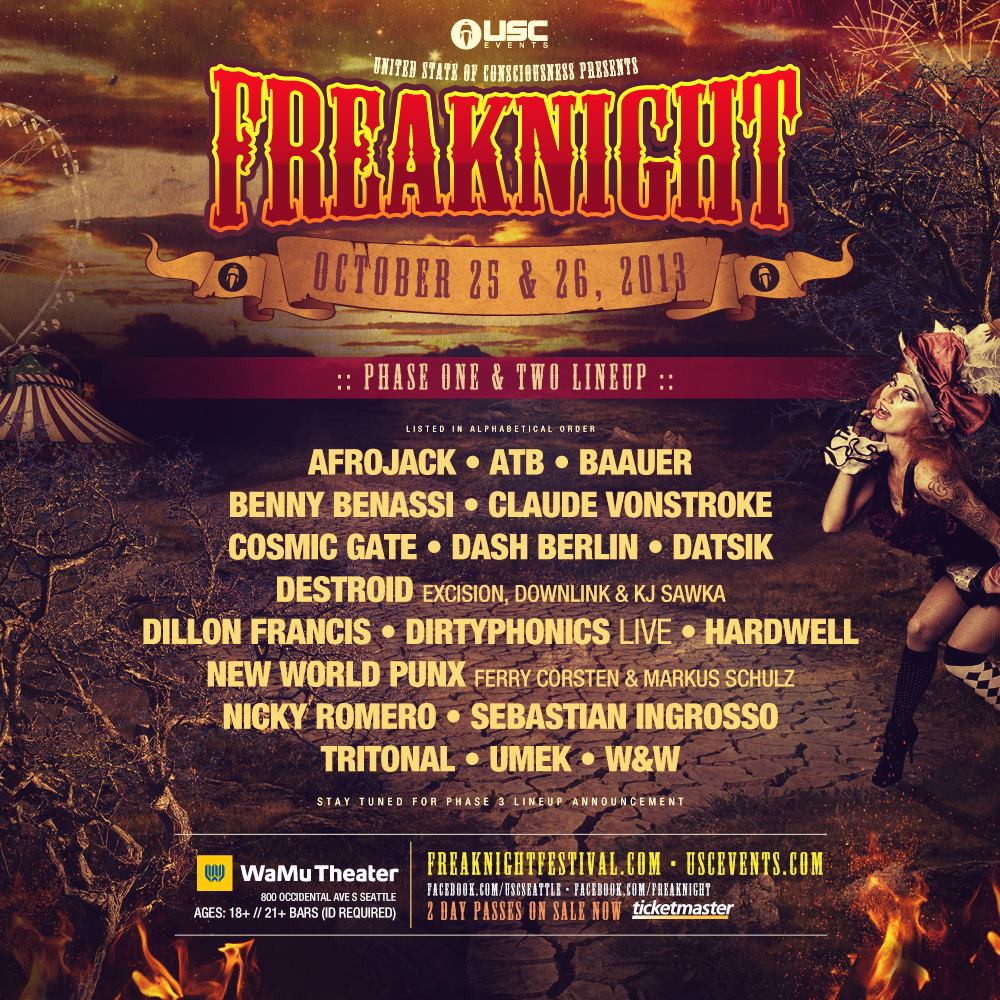 The FreakNight 2013 Phase II Lineup Announcement was released yesterday via Facebook: October is creeping up quickly and it won’t be long before we all gather under the baneful Big Top for the 17th annual FreakNight! But before you carve your pumpkins and plan your costumes, we have the Phase 2 announcement guaranteed to send shivers up your spine! Prepare to be spooked by the sounds of the following artists: (in alphabetical order)