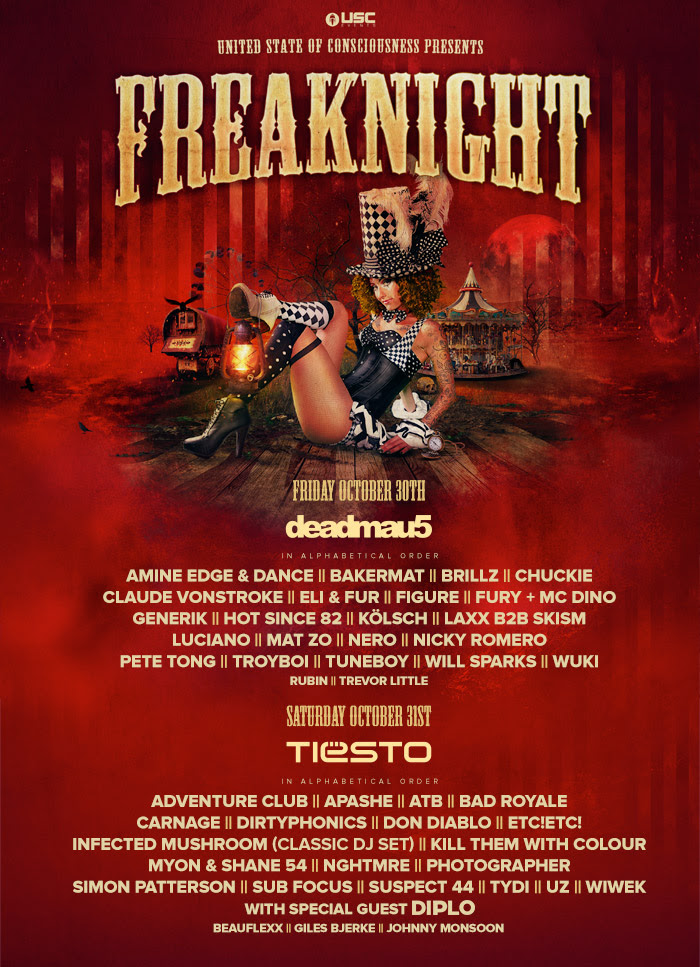 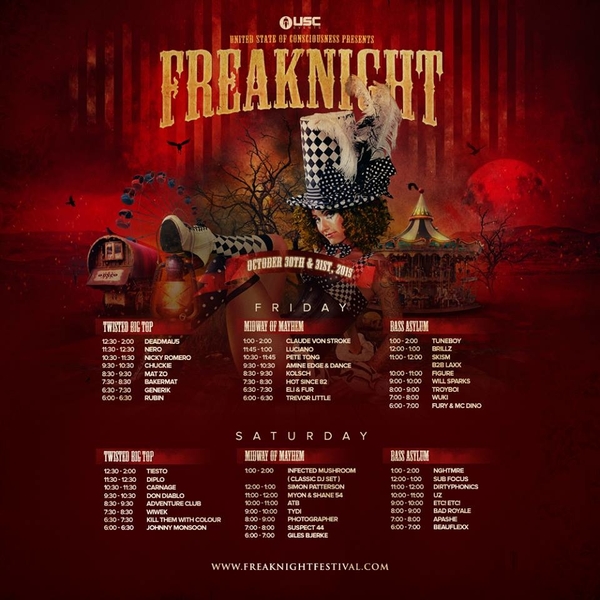 The FreakNight Adventure Planner is now live – Plan out your schedule digitally and share it online so your friends can check out who you are most excited to see: http://adventure.freaknightfestival.com

The spookiest night of the year is just upon the horizon, and we can already feel the spine-chilling roar of excitement approaching as we announce the return of our annual sinister circus. This year will be darker, bigger, and badder than ever as we complete a two-day rampage for the creepiest, most bone-chilling carnival yet.

As if the thrill of the kill on Halloween doesn’t get your blood curdling enough, Hallows’ Eve falls on a Saturday this year, so we’ll be dancing with the undead at our haunted circus all weekend long. This Fall, our freak-show returns for a wicked weekend extravaganza on October 30th and 31st. We will be turning the Tacoma Dome into a maddening carnival as we come together for a night of devious mischief and terrifying tunes. Witches, warlocks, ghosts, and ghouls – join us, if you dare, to embrace the spirit of All Hallows’ Eve under the night’s sky at FreakNight Festival 2015.

Win Tickets: We are hard at work identifying opportunities to win tickets to Freaknight! Be sure to check out other free ticket giveaways on the EmeraldCityEDM Contests & Giveaways page, and enter to win Freaknight tickets as follows:

Stay tuned to this post for the latest official news.