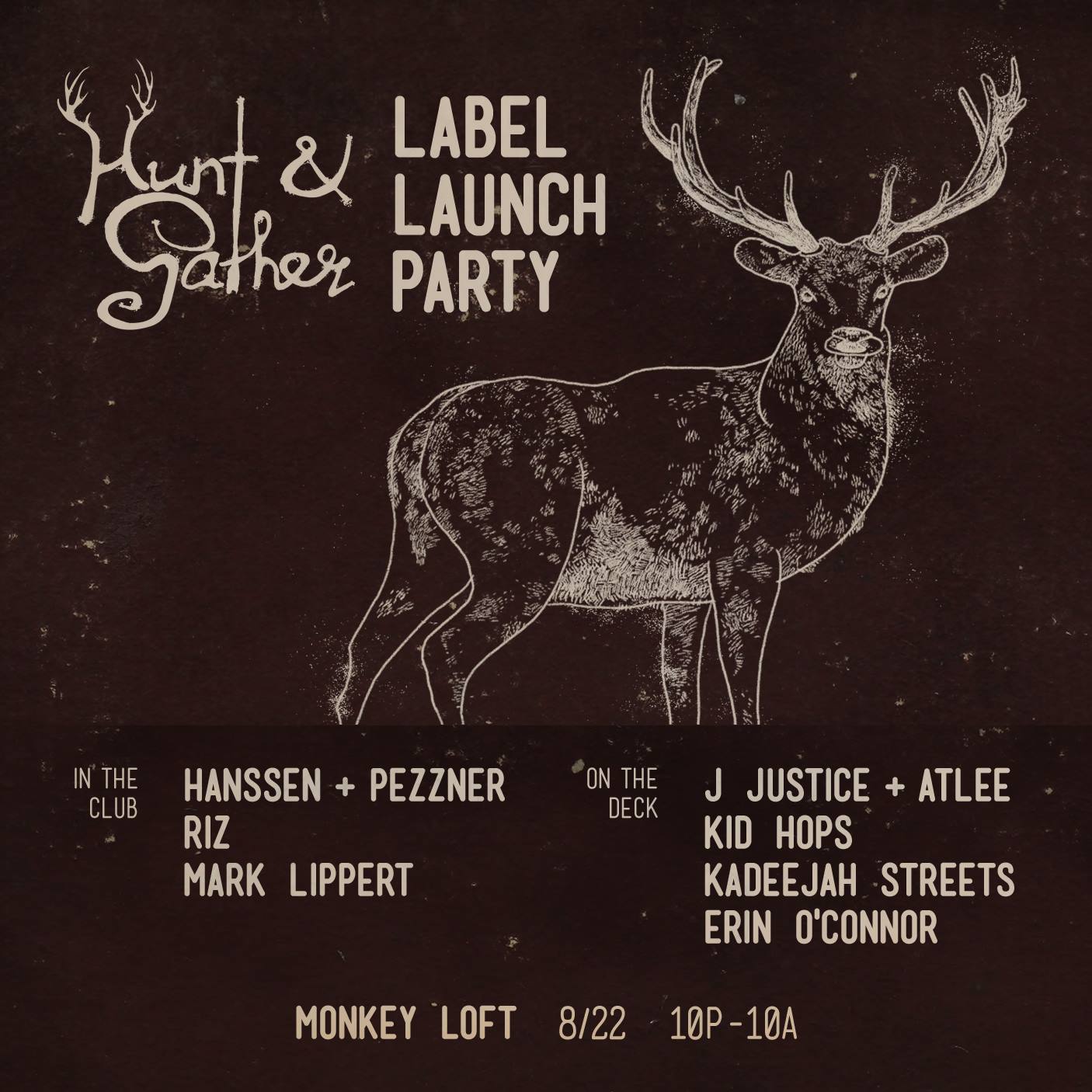 Pezzner has been a fixture of the Seattle house and techno scene since the mid-2000s, making a name for himself with an especially melodic, sometimes prog-inspired approach. He’s had records on Crosstown Rebels, Visionquest and Systematic, as well as a long-running relationship with Freerange, but Hunt & Gather sees him striking on his own for a “DIY” endeavour. Pezzner says that the label is primarily reserved for his own tracks. The first 12-inch is a two-tracker due out on August 17th, and the A-side “Protection”—which you can stream below—is reportedly inspired by modern classical acts like Philip Glass and John Cage.

The flip side, “Cognac” builds on repetition with feedback and distortion while disco drums and horn stabs lead the way:

Join Pezzner & Hannsen, Riz, Mark Lippert, J-Justice & Atlee, Kid Hops, Kadeejah Streets & Erin O’Connor to celebrate the label’s launch at the 12 hour long launch party this Saturday at the Monkey Loft! Pezzner has invited a cadre of like-minded folks to share their own musical visions for the evening and deep into the morning. The 12 hour showcase will feature some of Seattle’s finest selectors, from across all genres.

Pezzner official biography: When it comes to eclecticism, no other electronic musician can replicate the sheer ingenuity that American producer DavidPezzner invokes within his mosaic compositions. Hailing from Seattle’s enlightened indie-music scene, the multifarious studio mogul has steadily supplied a series of notable releases since the early 90s. After initially fulfilling career ventures as one half of classic house outfit Jacob London, his sights have recently shifted towards a more independent musical outlet: his prolific solo project, Pezzner. Unhindered by the industry’s often-scrupulous guidelines, David’s artistic reinvention (under his newest production moniker) has amassed considerable acclaim in light of its obstinate diversity – exploring a kaleidoscopic assortment of styles and sounds.

Early 2014, David followed suit with his strongest release to date on the the decade strong, Crosstown Rebels. This time Pezznerteams up with Italian/Egyptian co-producer, Amina and B-side remix by Hotflush label boss Scuba. Detroit innovators Visionquest welcomed Pezzner to the label with the critically acclaimed 4 track EP titled “The Island Fantastic” which saw Pezzner lurking in more tumultuous waters. Insomniac Events raves “…Slowly swelling and focused, he weaves carefully thought-out textures into a purposeful crescendo of genius. A low-riding bassline, high ringing tones, and super involved percussion all work in unison to cast you away to a place you’ve been yearning to go.”