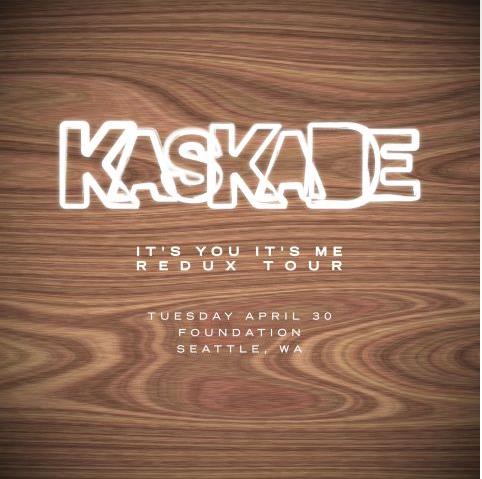 Did you miss your chance to get tickets to Kaskade’s “It’s You, It’s Me Redux” tour at Foundation Nightclub on April 30th?  So did most people: the event sold out before Foundation could post the Facebook event page!  EmeraldCityEDM has an inquiry out to Foundation as to how long it officially took to sell out, but it was definitely within ten minutes or less.

Just announced:  Win your way in via Foundation’s contest!  ENTER THE CONTEST HERE, announced via Facebook and Twitter.  Stay tuned to EmeraldCityEDM for more information about opportunities to attend this very special event.

Information about Seattle’s “It’s You, It’s Me Redux” was first brought to you via EmeraldCityEDM’s announcement on April 1st, 2013.    Stay up to date on upcoming public electronic dance music events in the Seattle area by following the EmeraldCityEDM Events Calendar.