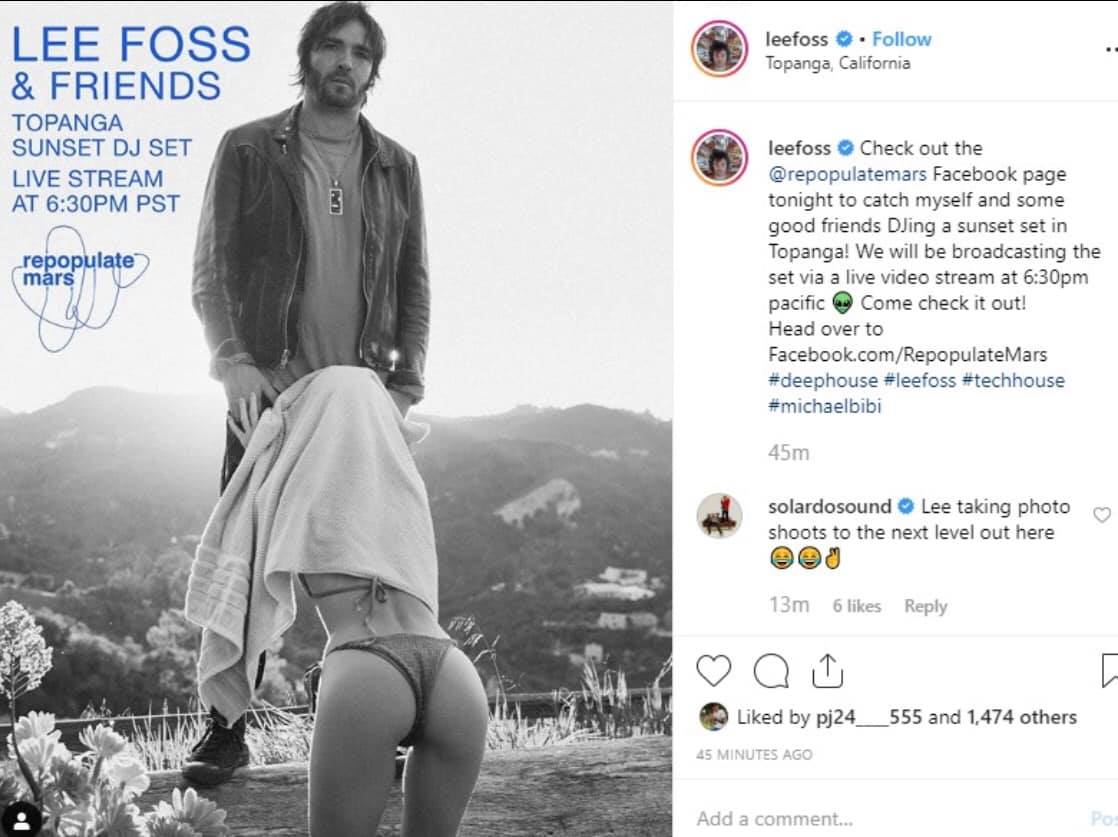 Lee Foss, an internationally renown house music DJ scheduled to headline Uniting Souls Music’s 4th of July event, has been dropped from the event’s DJ lineup after posting an inappropriate photo on Instagram. The event will still go on with Anabel England and Pillowtalk headlining. The photo has since been deleted, but the internet is forever. Ramiro, head of Uniting Souls, stated via Facebook:

He won’t be playing after this. He will not play our event, I will lose thousands of dollars which I’ve already paid, but I cannot work with a guy who objectifies women much less as a form of self-promo. Disgusting.

EDM.com updated their reporting to indicate that Lee canceled the gig after discussing the situation with his agent. We spoke directly with Ramiro, who told us:

I have yet to hear from his agent, which is an issue itself. He did not cancel. I am going to cancel his appearance.

Either way, here’s to hoping that Uniting Souls can recoup some $ if Lee did cancel first!

Damage control? Lee then revised his statement to be less offensive:

What do you think? Is this taking “cancel culture” too far? Let us know in the comments below, or on Facebook or Twitter. If you support Uniting Souls Music’s decision to cancel Lee’s appearance, grab a ticket to the 4th of July event here: