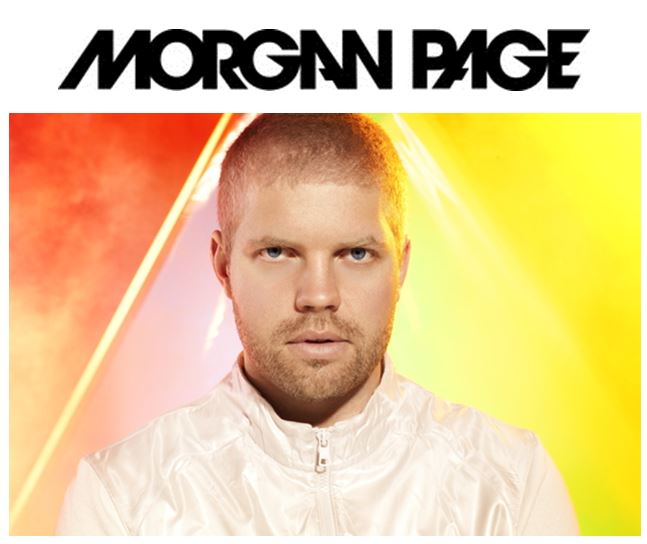 Morgan Page will be bringing his “Morgan Page Presents Tour” to the Showbox Sodo on Friday, November 15th!  Supporting artists will include Beltek and Topher Jones.  The tour is Morgan’s largest yet, and will incorporate a breathtaking new 3D interactive element originally created for Michael Jackson’s “This Is It””. The 3D light and color will reportedly “envelope Morgan and his fans in a sensory experience unlike any other. You will be engulfed in dimensionality so real you could touch it. This isn’t your average 3D movie experience.”!!!

Morgan will also be releasing a “Morgan Page Presents compilation” EP in conjunction with the tour. Listen to Morgan’s latest remix of the Outfield’s classic “Your Love” here:

Acclaimed U.S. producer/DJ and two-time Grammy Nominee Morgan Page today announces his biggest ever tour – Morgan Page Presents Tour. This is Morgan’s first official tour following the incredibly successful “In the Air” tour that included over 35 sold out shows, resulted in Sirius XM inviting Morgan to host his own weekly show and drove over 500,000 digital tracks sales in the US and Canada alone.

Morgan Page Presents Tour will bring Morgan’s acclaimed performances to over 50 US and Canadian cities and will feature a revolving roster of handpicked developing talent from around the world. Morgan personally sought out the brightest rising stars from around the world, each making a name for themselves within the dance music genre. Special guests on select dates include Audien (USA), Beltek (Slovenia), Maor Levi (Israel), Project 46 (Canada), Topher Jones (USA) and Walden (Australia).

“This tour is all about showcasing new talent and groundbreaking artists, Morgan Page says. “There’s so much amazing music out there and I want to help champion new and emerging artists. The bus tour kicks things off in the fall, bringing along my favorite new artists but that’s only the beginning. Music is only one component of the brand. Everything will revolve around innovation – new technology, new artists, and new experiences that will entertain and enrich people’s lives.”

As a huge fan of exploring new technologies and pushing the boundaries of live dance music Morgan will be incorporating a breathtaking new 3D interactive element originally created for Michael Jackson’s “This Is It” that will be revealed for the first time on this tour. These interactive shows will pave the way to a whole new kind of entertainment where stunning immersive environments of 3D light and color that literally envelope Morgan and his fans in a sensory experience unlike any other. You will be engulfed in dimensionality so real you could touch it. This isn’t your average 3D movie experience.

Coinciding with the tour, Morgan Page will release his first commercial compilation to be titled Morgan Page Presents. The compilation will feature Morgan Page’s original material and remixes along with new tracks from the participating artists on the tour. In the meantime, check out Morgan’s new rework of The Outfield’s 1986 hit “You’re Love.” Rolling Stone said of this new version “The Outfield’s “Your Love” has been sampled and covered countless times, but never with such EDM electricity as on Los Angeles-based producer/DJ Morgan Page’s new remix. The familiar English power-punk vocals are backed by a booming, club-ready beat for an exciting new sound.”