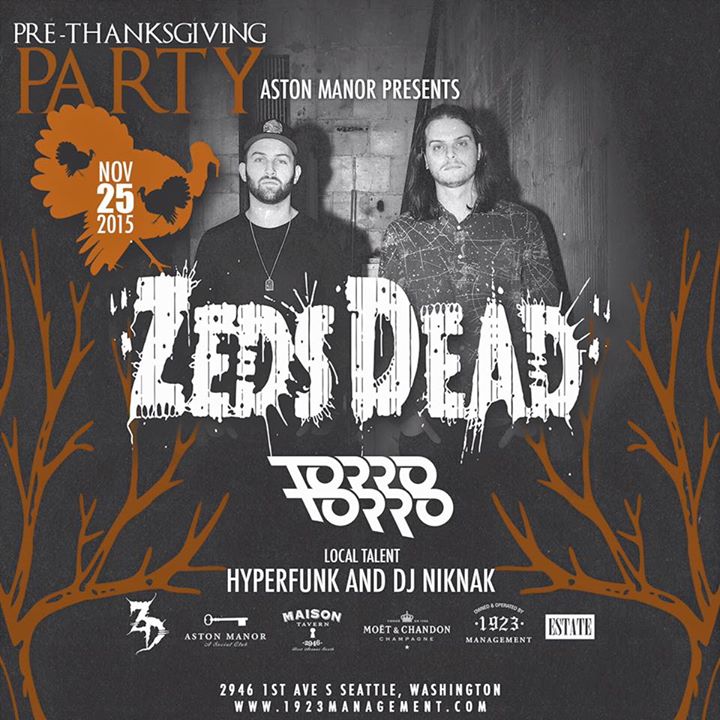 The night before thanksgiving… bass gods invade Seattle! Seriously, between Zeds Dead’s main show at the Neptune, the afterparty at Aston Manor announced today, and Marshmello at SUBstanceWednesdays at Foundation Nightclub, Seattle is in for a Bassgiving on November 25th!

The Manor is hosting Seattle’s biggest Thanksgiving party with Zeds Dead! They will be joining us after their sold out show at the Neptune. If you’re missing their show, then this is the perfect chance to get an up close view of how Zeds Dead can throw down.

Wednesday, November 25th 2015 (the night before Thanksgiving)
With Torro Torro
21+

Not 21? Zeds Dead is playing a second 18+ show on the 27th; unfortunately tickets for this show are already sold out.