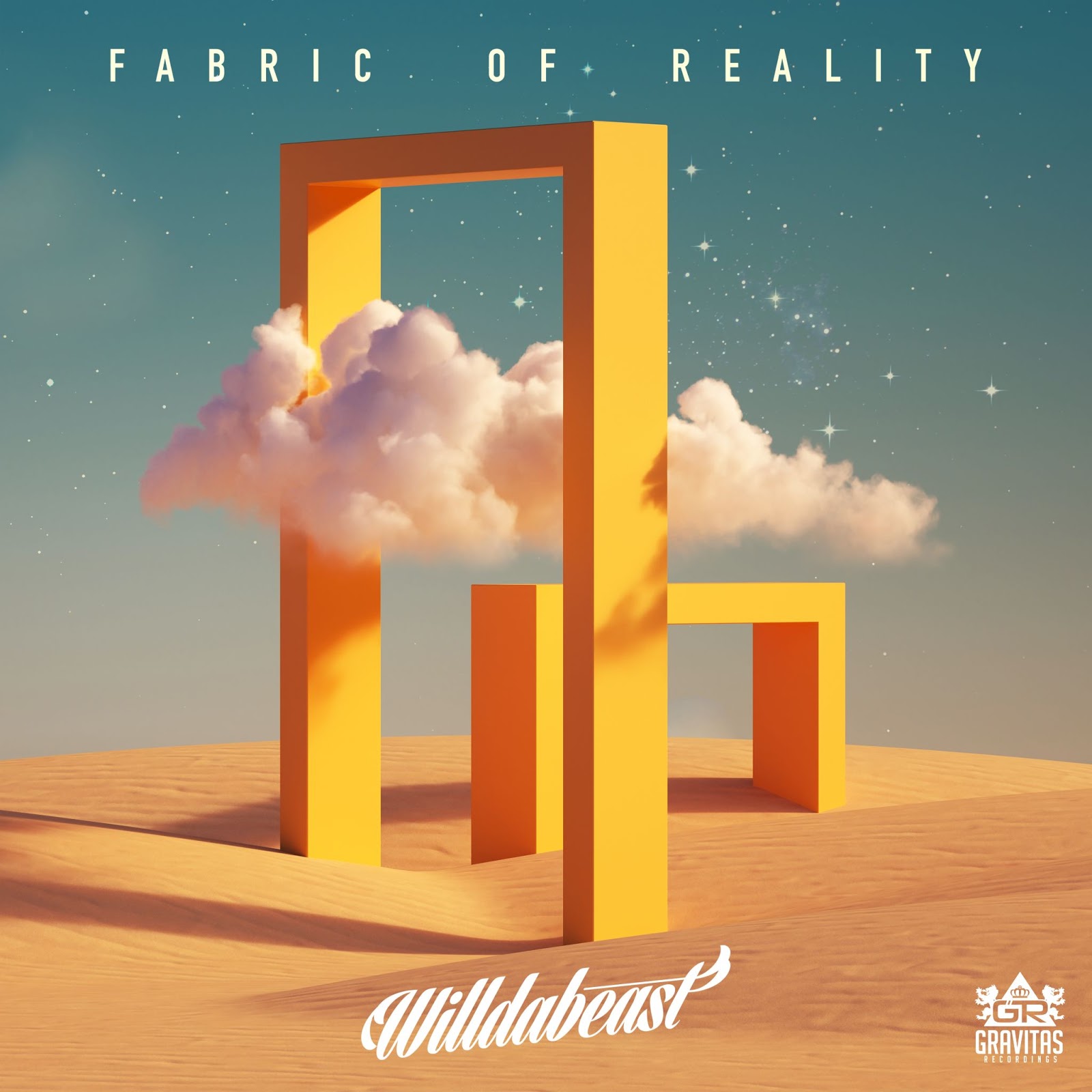 Today’s featured music is “Fabric of Reality”, the latest album from Willdabeast released via Gravitas Recordings! We’ve been a fan of producer-duo Will Glazier and Dan de Lisle for a long time, and love their infusion of live instrument samples with funky bass beats. Fabric of Reality doesn’t disappoint, blending live wind and horn instrument samples over the signature Willdabeast bass baselines.

Mudslides, mood slides, moonlight over
the Via Romana, a Cathar fortress, the Cami Serif,
this music caches it all, its muse profound, moves

Like light on a silk reptile, a silver scarab of form.
You linger at the weave now you have the chance.
Is it ever possible to imagine what once was before?

FABRIC OF REALITY is what’s now.

Fabric of Reality begins with an Intro that sets up your mind for what is about to unfold. The next track, Groundswell, sets a quick pace and starts off with the signature Willdabeast brass instruments. As the track & album unfurl, the bass comes in along with the Willdabeast signature brass. Minimal lyrics are peppered in along with with the sound of a ringing bell punctuating the end of an almost Middle Eastern sounding melody.

The album really takes off during the third track Gordon Knot. After a slow start that reminds you of a trap track, the bass and brass appear and make up a delightful melody of hip-hop leaning baselines with funky live instrumental. Camels Can’t Swim, the fourth track, continues the ascent by adding some very funky vocals and picking up the BPM. This track evokes Opiou. The fifth track Logical Extremes starts off with brass sounds overlaid on a CloZee-esque sounding bass beat. This is one of our favorite tracks, the live instrumental sounds blending into the leaning drops are absolutely fantastic. Same Team continues this theme along a more mellow route.

Raining Red featuring nok nok, the seventh track, is our favorite track on the album. We love tracks three through seven and think that they comprise the best of the album. Raining Red features absolutely exquisite drops with beautiful production work that blends the live instruments with the electronic elements. Lip Service, Kiss of Death, and the Outro close out Fabric of Reality and leave you with a beautiful memory of the live instruments and funky electronic bass sounds we have come to love and expect from Willdabeast.

Support local music producers by attending their shows and purchasing or streaming their music. Purchase/stream Fabric of Reality on Apple Music/iTunes, Bandcamp, Deezer and Spotify.

Catch Willdabeast performing Fabric of Reality live in its entirety, start to finish, during a special livestream event on the Gravitas Twitch and YouTube channels later in June! Catch Willdabeast playing live at the High Dive on Friday, November 5th, 2021 with Balkan Bump, with more shows to be announced this summer.