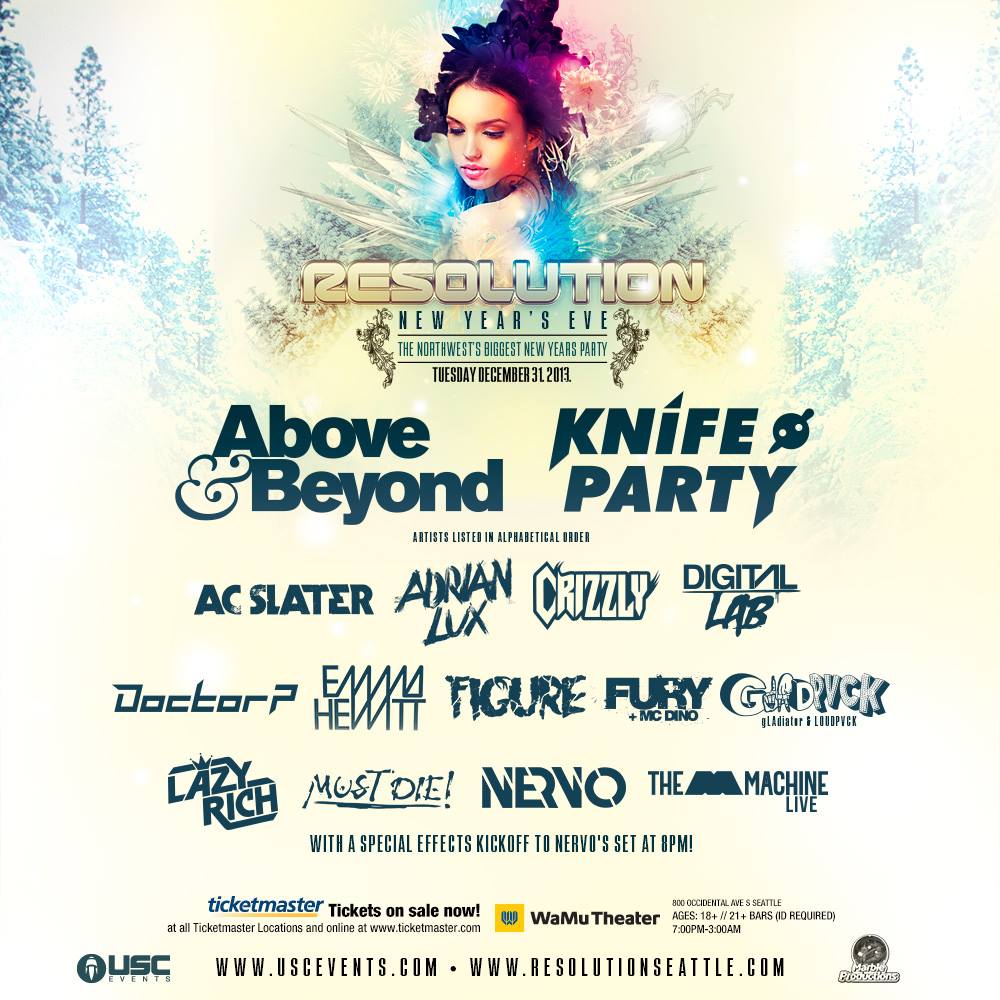 Resolution 2014: Above & Beyond and Knife Party

*Tickets start at $88.00 when purchased in person with cash at the WaMu Theater box office. Avoid fees by purchasing tickets from the box office or at a retail outlet.

Final Lineup Released 11/22/2013: 2014 will be upon us in less than 6 weeks, and we’re hard at work transforming WaMu into a beautiful playground in which we’ll make new habits and break old ones in the form of Resolution. Whether you’re starting something new or leaving something behind, we’ll kick off the New Year dancing with thousands to the sounds of some of the best artists in existence.

*With A Special Effects Kickoff To Nervo’s Set At 8pm!

Press Release: As the finale of 2013 approaches, we are each presented with an opportunity to reflect back while looking towards the future. The dawning of a new year is the perfect time to set new goals and embark down uncharted paths. Now is the time to plan your Resolution.

On New Years Eve, join USC and thousands of beautiful people at the fourth annual Resolution! Commemorate a year filled with unforgettable music and experiences at the Northwest’s crown jewel of NYE dance events! 2014 will surely be filled with new milestones and epic highlights as we carry The Message into a brand new year!

We are pleased to inform you that Resolution 2014 will be returning to the WaMu Theater. In addition, we have lined up two of your most-requested acts to lead us into 2014! Hands in the air for Resolution 2014!

Headlining Resolution 2014:
Above & Beyond & Knife Party
+many more to come!

*Tickets start at $88.00 when purchased in person with cash at the WaMu Theater box office. Avoid fees by purchasing tickets from the box office or at a retail outlet.