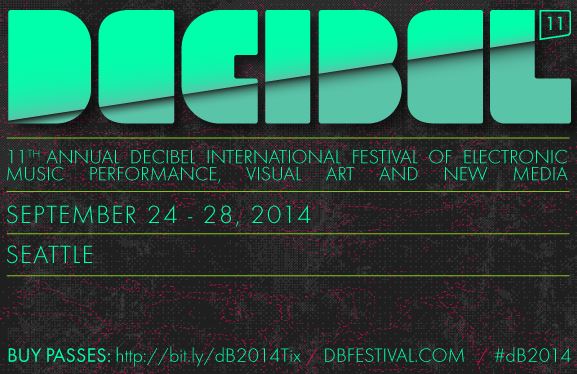 Announcing the 2014 11th annual Decibel Festival! Founded in 2003, Decibel Festival has become a unique platform for exposing attendees to leading-edge multimedia art from around the globe. With a focus on live performance, interactive multimedia art, state-of-the-art sound and technology based education; Decibel has solidified itself as one of the premier electronic music festivals and promotional organizations in the world. The five-day festival program averages over 25,000 attendees a year. 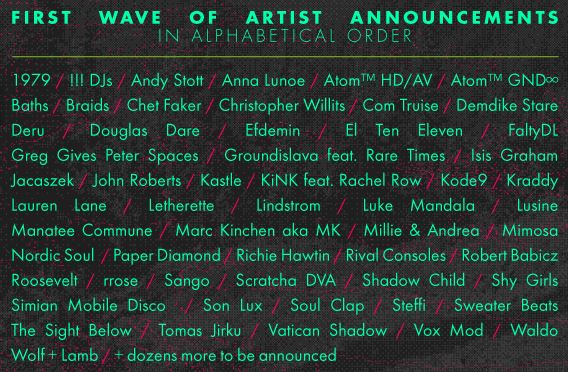 Remember that this is only the FIRST artist announcement, stay tuned to EmeraldCityEDM for additional artist additions! Stay up to date on upcoming public electronic dance music events in the Seattle area by following the EmeraldCityEDM Event Calendar.

About the dBx Conference: From inception, Decibel as an organization has prided itself on providing technology-based arts education to the public. Over the years, the dB Conference has played a signiﬁcant role in fostering emerging talent while bridging the gap between the music industry and festival attendees. The 2013 3-day dB Conference was our most ambitious and thought provoking to date. Each day was packed with world-renowned artists and producers, giants from gaming and lighting, live demonstrations, and a few heated debates. With the addition of EMP, we anticipate 2014 to be our largest and most complete dB Conference ever. This year we’ll be increasing the focus on visual arts education, audio workshops, films, product demos, and hands on interaction with hardware and software companies looking to expand their audience.